Neuroscientist explores ‘Your Brain on Music’ 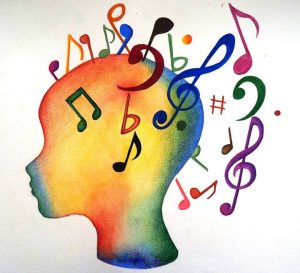 For many of us, music can be a source of great joy and even a way to get through difficult situations. Professor Daniel Levitin is a neuroscientist and author of “This is Your Brain on Music: The Science of a Human Obsession”, he explains why music helps us and what happens to your brain when you listen to it.

“It activates the well-known pleasure center of the brain. The same part of the brain that gives you pleasurable feelings when you’re hungry and then you finally eat. When you’re an alcoholic and you have a drink. When you have sex,” he explains. “Music activates that same region of the brain, kind of the ‘sex, drugs and rock and roll’ area.” says Levitin.

He says listening to music releases dopamine, it can increase your mood by releasing serotonin and it can help serotonin stay around longer.

Levitin says, “There are individual differences in aesthetic taste that span all domains. Some people like spicy food, some people have a sweet tooth. Why? It has a partly genetic basis, partially based in your environment and things that were reinforced, and then there’s a random factor. We just don’t know.”

When studying music deemed “pleasurable,” Levitin says the definition he uses is music considered pleasurable to the listener. He says it’s also tough to figure out how people develop their taste in music.

He says that’s a personality trait with a genetic basis, a neural basis and an experiential basis.

“To a certain extent, our musical taste is greatly influenced by what we hear between the ages of 12 and 20,” he says. “Part of it has to do with brain development and the pubital growth hormones and the way the brain is maturing.”

“It’s something you can make an effort to do, go out and hear new concerts, expose yourself to new paintings, new dance, all art forms. Whether it will take or not depends on your brain and your genetics,” says Levitin.

He says ever sensory, perceptual experience changes your brain in some chemical way. “That’s what experience is, that’s what learning is,” he explains.

Levitin explains, “There are a number of studies that show that people tend to use music kind of like a drug. They know that there’s certain music that they want to reach for, because of the way it will make them feel.”

“When you experience something new, your brain forms a pathway that represents that experience, and then the more times you repeat that experience, the more learned, the deeper the pathway becomes,” he says. “And it allows you to access it. Now, that doesn’t mean you’ll like it. But familiarity is a part of aesthetic appreciation of anything.”

When music becomes familiar it makes you feel good, it makes you comforted. Levitin’s research has found that many of us do a good job of self-medicating with music, and we have strong intuitions about what music is going to make us feel certain ways.

But even if you have a favorite song of all-time, that doesn’t mean you want to hear it all the time. “You want to hear it when it’s consonant with certain moods that you’re trying to achieve,” he says. “And, that’s not always how you feel throughout the day.”